Getting online data to offline communities

This has become possible through the huge range of digital information now available online. While much of that information is presented online and sometimes in newspapers and magazines, what about communities who don’t have much access to the internet or even printed media?

Are these communities, often poor and rural, simply going to miss out on the results and benefits of data journalism? Not necessarily. onMedia’s Kyle James looks at a project in Cambodia that has been linking online and offline communities – with promising results.

END_OF_DOCUMENT_TOKEN_TO_BE_REPLACED

Accessing reliable data can be difficult, especially in the developing world. Good data might not exist in the first place, and if it does, it can be hard to come by or deliberately kept under lock and key by the powers-that-be. In Cambodia, an open data site is putting data in the hands of journalists and researchers – in fact, anyone who wants it – in an attempt to shine a light on a whole variety of issues.

END_OF_DOCUMENT_TOKEN_TO_BE_REPLACED

Twelve renowned journalists from Latin America and Germany are coming together to explore the future of data journalism. Under the motto “Public Data Goes Social”, the journalists and open data experts will meet for three days in Buenos Aires to discuss the most burning issues in the booming field of data journalism.

The talks are part of a Media Dialogue organized by DW Akademie and supported by Germany’s Federal Foreign Office. You can follow the event, which runs from 13-15 November, on Twitter  via @dw akademie and the hashtag #mdba.

There is a thriving community of data journalists in Germany and Latin America and the two regions are building a reputation for innovations in the field. Read more for a short introduction to the Media Dialogue participants.

END_OF_DOCUMENT_TOKEN_TO_BE_REPLACED

Who gathers your data and what you can do about it?

The revelations of the surveillance program of the US National Security Agency (NSA) has shown that no one is protected from being spied upon. Diplomats, political activists, as well as journalists around the world, are becoming increasingly vulnerable to online surveillance. Anne Roth is a researcher for the NGO Tactical Technology Collective that trains rights advocates how to use information and communications technologies.

DW Akademie’s Natalia Karbasova spoke to Roth about the biggest risks journalists face online, and about the parties interested in gathering all relevant and irrelevant information: from local authorities to national secret services.

END_OF_DOCUMENT_TOKEN_TO_BE_REPLACED

Online security: How to erase your data forever 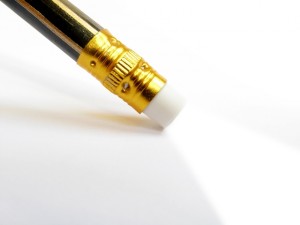 Journalists often have to deal with confidential data. But how can you delete your data such as files, interview records or videos so that no third party can gain access to them?

Well, it’s not that easy as you might think. Deleting your files and emptying the recycle bin on your computer is clearly not enough. Here are some recommendations on how you can erase data from your computer.

Information leakage can take place anytime. Lending your USB stick to a colleague can put your data at risk. Worse still is attempting to sell your laptop thinking that erasing old files will be enough. And it can turn into a disaster if someone is looking for your data intentionally. In fact, it’s not that difficult to restore the data which had been deleted. It’s not enough to erase your files, empty your recycle bin or format the storage medium such as USB stick. So, let’s see how the deletion process works and what you can do to safely erase your files.

END_OF_DOCUMENT_TOKEN_TO_BE_REPLACED

Justin Arenstein: Hacks and hackers working together in Africa

As new media continues to reshape the world of journalism, newsrooms need to reinvent themselves to stay relevant. But not all journalists and organizations have the technological skills to become innovative news providers. This is where Hacks/Hackers is stepping in to fill the gap. Hacks/Hackers is a grassroots journalism organization which brings together journalists and software developers. Originating in the United States, chapters of the movement are rapidly spreading around the globe, including Africa. The idea is to hook up hackers (developers and software writers) who sort and visualize information together with hacks (journalists) who are excited about using new technology to tell great stories.

Justin Arenstein is one of the driving figures behind the Hacks/Hackers movement in Africa, where there are currently 13 chapters. Arenstein, a South African, is currently a Knight International Journalism Fellow in charge of the Digital Innovation Program at the Africa Media Initiative. He also is a consulting strategist for Google on data and digital journalism issues (Twitter: @justinarenstein). DW Akademie’s Kate Hairsine talked to him about Hacks/Hackers in Africa.

END_OF_DOCUMENT_TOKEN_TO_BE_REPLACED

Checking the facts in Africa

The idea of Africa Check is straightforward. Investigate claims made in public; check the facts; and, publish the findings.

Africa Check was launched in 2012, and is a non-profit organisation led by the media development agency AFP Foundation and the Journalism Department of the University of the Witwatersrand in Johannesburg.

The organisation not only examines the public claims of politicians, leaders in civil society, government agencies and NGOs, but also checks the facts journalists use in their stories.

Peter Cunliffe-Jones of the AFP Foundation is the Director of Africa Check and says getting the facts right is the “essence” of journalism. But under the pressure to feed 24 hour news, and working across more topics, journalist may feel they “don’t have the time and the expertise, or even know where to look” to verify information.

Reading an Africa Check report is a little bit like a mini-lesson in the basics of journalism. You also see that this project has the potential to have a high impact on African media and perhaps serve as a model in other countries or regions.

END_OF_DOCUMENT_TOKEN_TO_BE_REPLACED

Kenyans go to the polls for the country’s general elections on Monday, March 4. However, any repetition of the post-election violence that followed the 2007 elections is a major concern.

Ushahidi is an open source platform that was initially developed to map and monitor reports of violence in Kenya after the 2007 elections. Ushahidi gained a lot of attention for the innovative way it was able gather reports from citizens by SMS and the web and visualize those reports on a map. It’s since been used in countries such as DRC, India and by broadcasters such as Al Jazeera. In the lead up to this year’s election, the Ushahidi team has launched a new version: Uchaguzi –  which is the Kiswahili word for elections.

If you take a closer look at the categories for reports, the events or incidences the platform will document include: pre-election, positive events, leadership, polling station issues, ballot and results, urgent, dangerous speech and security.

To find out more about Uchaguzi, DW Akademie’s Christine Harjes spoke with project leader Daudi Were.